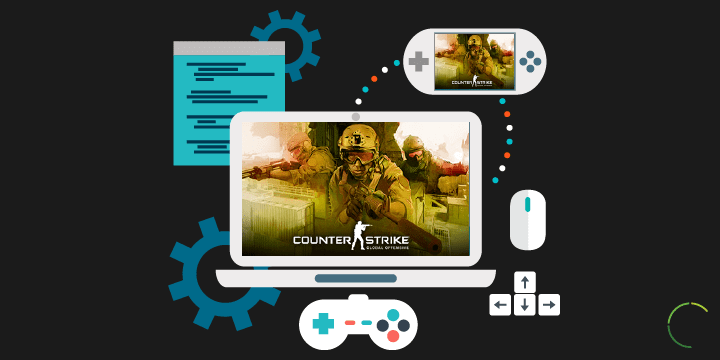 Counter strike is one of the most played games which is also available online. Initially, launched for Windows in 2000, it has now seen almost 8 versions, with the main version Counter-Strike: Global Offensive released in 2012.

When it was first launched, it was actually an enhancement of a game called “Half Life” and was developed by Minh Le and Jeff Cliffe. After that the rights to the game was acquired by Valve corporation who designed Half Life.

The next version that came in was developed by Turtle Rock Studios and was called Counter-Strike: Condition Zero, released in 2004. Valve corporation which had acquired the rights for the first Counter Strike game, released a new version called “Counter-Strike: Source”. This was actually an upgrade or can be called as a remake of the old version and also the first game from the Counter Strike series to run of Valve’s new Source Engine .

Valve then released the fourth and the main version called “Counter-Strike: Global Offensive” in the year 2012 with the help of Hidden Path Entertainment like dunder casino askgamblers. This was released not only for Windows but also for Mac, Linux and PlayStation.

Counter Strike is a first person multiplayer online shooting game. Players are divided into two teams; Counter Terrorists and Terrorists. The objective is Counter Terrorist team has to eliminate Terrorists before they successfully plant a bomb or rescue hostages.

Players can buy guns and other supplies using the cash they win based on their performance.

Valve corporation started the development Counter-Strike: Global Offensive in March 2010 and resealed the game to the public in 2011, this was actually a beta version which was only meant for around ten thousand users and various issues like client server stability were addressed before the final stable version being released on August 21st, 2012.

Valve also had plans for a multiplayer cross platform game so that players using Mac or Linux can play against players using Windows or any other way around. But this was actually dropped because of multiple issues. 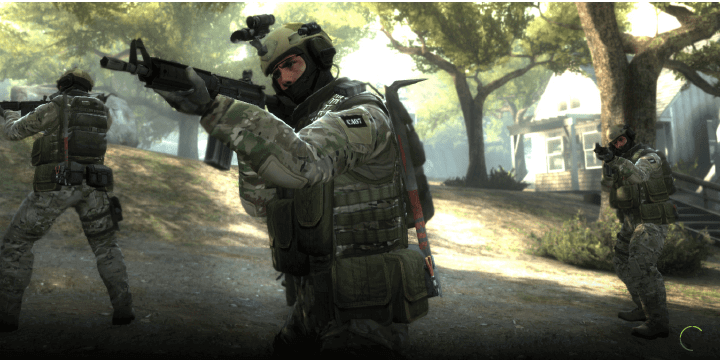 There are various categories of weapons, from SMGs, assault rifles, pistols, Glock to various grenades are available. For heavy damage in a small radius, grenades are used.

Following are the different types of grenades available:

1. Flashbang: The cost of this hand grenade is $200, the player can use this to blind the opponent for 1 to 1.35 seconds. There is no limit on the number of times you can buy this.

2. Decoy Grenade: This will produce fake gun shot sounds to confuse your enemies. The cost is $50 and you can purchase two grenades in a single round.

3. Smoke Grenade: This $300 grenade produces a cloud of smoke so that your opponent’s vision is completely blocked. The maximum you can buy is one grenade in a round.

4. High-explosive Grenade: Also known as HE grenade, this $300 grenade can cause extensive damage upon detonation. The limit is set to two per round.

5. Flame Grenade (Molotov & Incendiary Grenade): These grenades cause damage by flame. As soon as they detonate, the ground is set on fire. The cost ranges from $300 to $600 and is limited to two per round.

The game mode is divided into eight categories. In the Competitive mode, two teams of five players each compete against each other for a period of 45 minutes. The Deathmatch and Casual modes are almost like Competitive mode but as the name suggests, it is a bit casual like friendly fire is allowed, etc and are usually used for practise. The Arms Race mode is like the gun mode in previous versions of counter strike, you can only upgrade your weapon if you kill an enemy in the previous round.  Demolition mode is like arms race mode with an exception that the players will be able to deploy and defuse the bomb, and will only be able to upgrade the weapon if they kill an enemy in the previous round. In Wingman two teams if two players each play over fifteen rounds in which a team has to defuse the planted bomb. Flying Scoutsman is a mode with low gravity, Players are only allowed to carry SSG 08 and a knife. You will find the Flying Scoutsman, Arms Race and Demolition in the War Games tab. The Weapons Course is designed so that new players can learn how to throw grenades and use guns, and of course, players can learning how to defuse and planting the bomb as well. All the modes except Weapons Course can be played online or offline.

Even though the game was released in 2012, Valve continue to update the game in various ways. They tend to add new weapons, maps and various other game modes

This operation lasts for about 2-5 months and also has one month break in between. But there were times when “Operations” was extended beyond 5 months

1. Knowing Common spots :  Always play a map again and again. This is how a player gets familiarized with all the strategic stops in the map. These will be spots where you can hide, throw smoke or flash grenades.

2. Befriend your firearm :- You must be well versed with your firearms. AK is the most sought after weapon, usually prefered for its precise headshot. Although M4 carbine has less recoil compared to AK it also gives low damage as compared to the AK.

3. Always go for headshot:- The aim show always be above the chest area to do maximum damage. A perfect shot on the head can kill the enemy in one bullet.

4. Spray pattern : Every weapon that is available has a unique spray pattern and it is important that a player be well versed with it and under the recoil to be an expert of the game.

5. Grenade physics :- Science actually affects the gameplay, grenades do go with the law of motion. Racing forward and releasing your grenade at 45 degrees will make your grenade go a much larger distance compared to standing at position and throwing. Practice throwing grenade from different angles and positions.

5. Shoot on the go : When you get familiarized with the map, you will notice a common spot where the opponents always hide. Charge the position with a spray of bullets even though you do not see the enemy initially.

6. Strafe and shoot : You are always safe when you are hiding and accurate when still but the most vulnerable when out in the open, at such time the best thing to do is strafe and shoot. It involves pressing the A and D keys continuously, taking aim and shooting at the opponent. The secret is that when you switch the keys, there is a pause of few milliseconds when gives you a window to get a headshot.

7. Save : It won’t seem like an important point but really is. It is always recommended to save money during the few starting rounds and spend more on good weapons at the end. 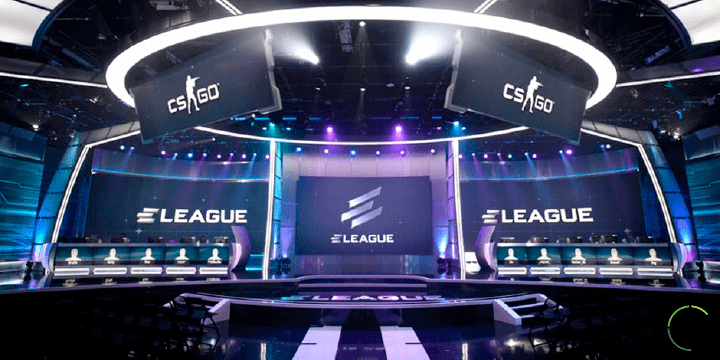 You can recognize Premier Tournaments by their lump sum prize money and they are usually played offline. This can be compared to the world cup of any other games, sponsored by very famous companies and showcases some of the best teams in the world.

Of course, Valve hosts the biggest Counter Strike Global Offensive tournament. To get hold of the best player in the world, CS:GO Major Championship is held.

A team must win the major and minor leagues to move to the qualifying round organized by Valve. Winning teams are offered some prize money but it is nothing compared to the amount that is received in the Premier tournament.

To ensure more competition, Qualifying Tournaments are divided into regions and then major games are hosted here to determine the best team to go to the next round. Further, the teams are divided into brackets and a win is a must to go in. The team that finishes at the top of the bracket goes to participate the in the Premier Tournament.

The prize money has also gone to $1,000,000 in the year 2016. The competition also leads to match fixing. In the year 2014, team iBuyPower was banned for the very same reason, where they purposely lost a match against NetCodeGuides.com.

Now that you know everything about Counter Strike Global Offensive, it is time to get practise and become a pro. It is always recommended to use a proxy when playing online games as it reduces the ping and indirectly the latency and also keep you away from online threats. 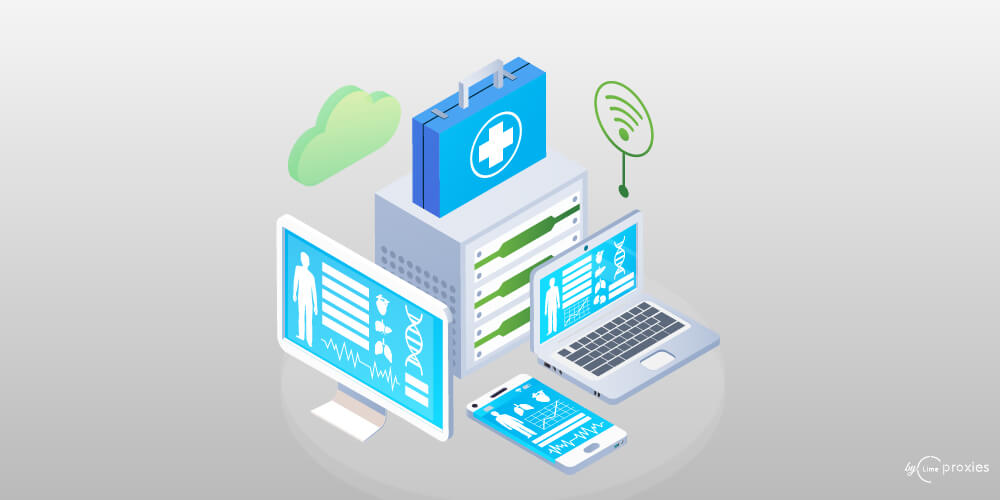 How web scraping can benefit the healthcare industry?

Everything you need to know about Jarvee

You might not be selling as well as you're supposed to on social media. Everything you need to know about Jarvee by Limeproxies