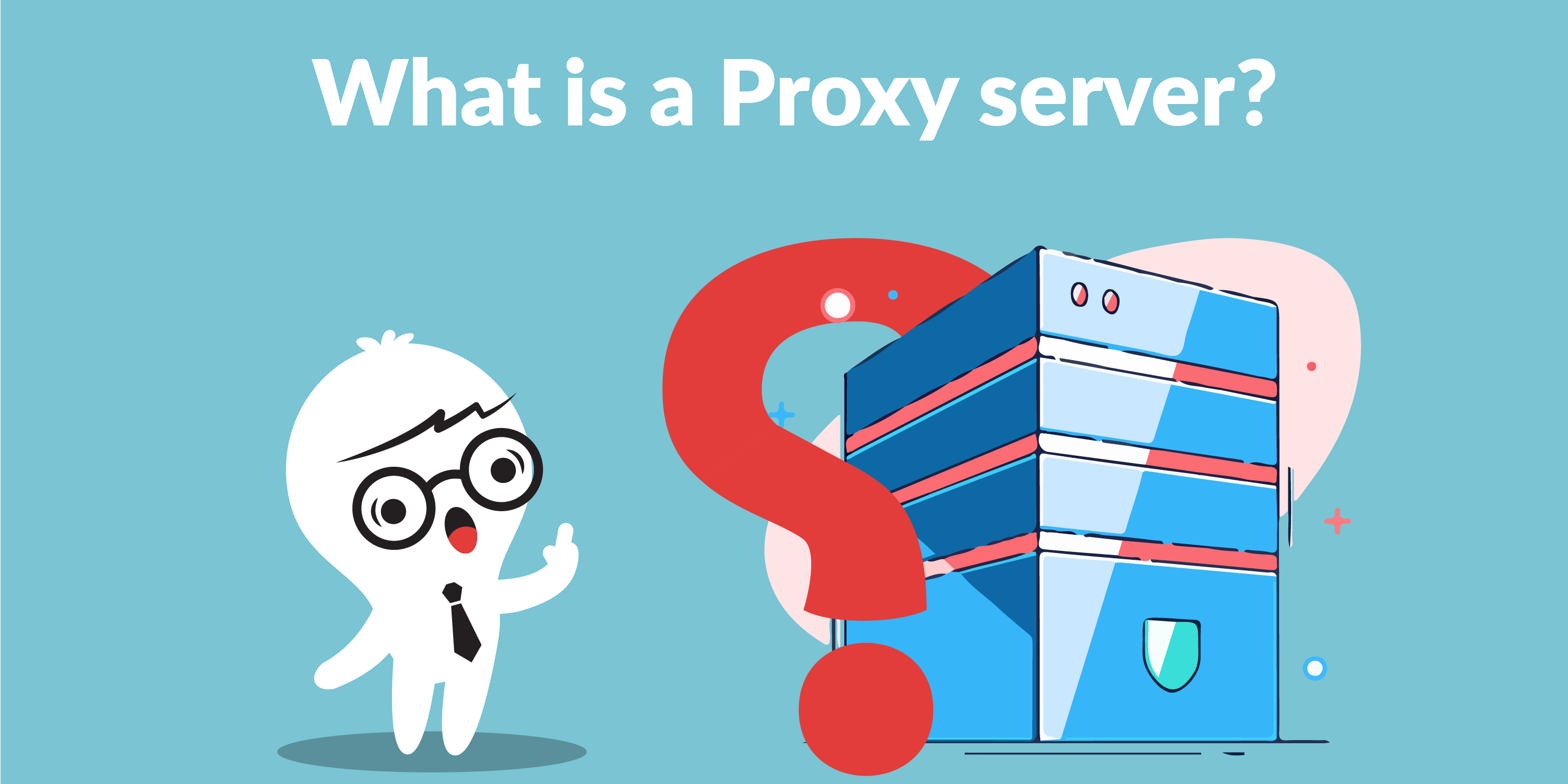 What is a Proxy server?

A Proxy Server is an intermediary which is used for communication between two computers. Web Proxy is a server which acquires information from the source server and provides it to the website [using the proxy server] which wants the information. A proxy is anything that replaces the original one. For example, when actors in films or serials are absent due to any problem or illness then proxy artists are used to replace them. A Proxy server acts as a link between the user’s PC and the source PC’s network [or blocked website needs to be accessed]. Proxy server hides the internet user’s real identity online.

Learn how to buy private proxies

Before configuring the PS4 with the proxy server it is important to know the reasons behind using proxy servers.

\*\*The need for proxy servers

Now Playstations can also be played by using proxy servers as they have a lot of advantages. 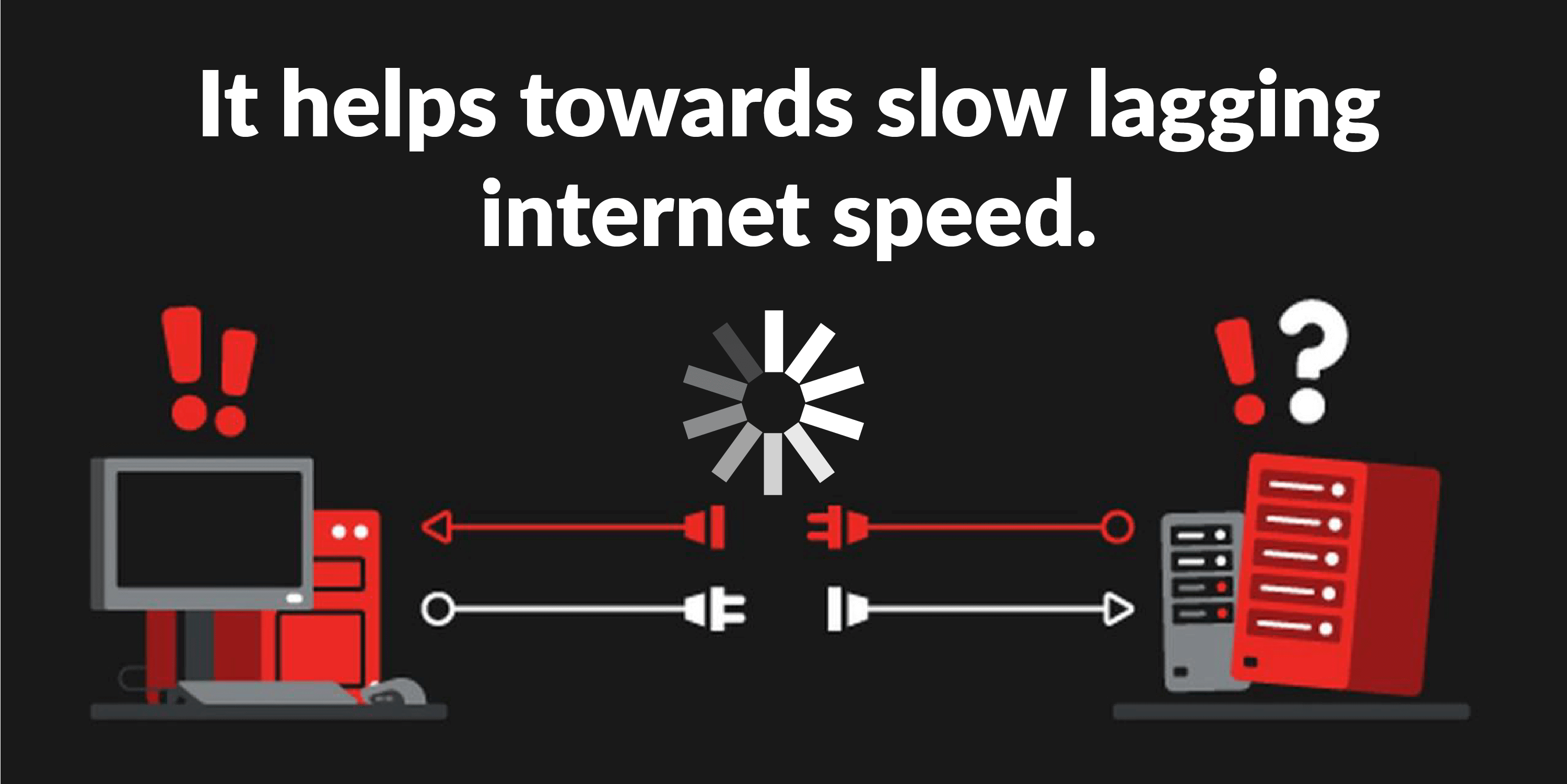 Uptime basically means the number of hours the proxy server was working from the providing centre without any malfunction represented in percentage.  Good gaming proxy servers provide 99.998% uptime. So gamers will not have to pause gaming sessions due to a good uptime. Normal servers don’t have good uptime so game updates need to be paused. Therefore, proxy servers need to be used in order to get a good game play. 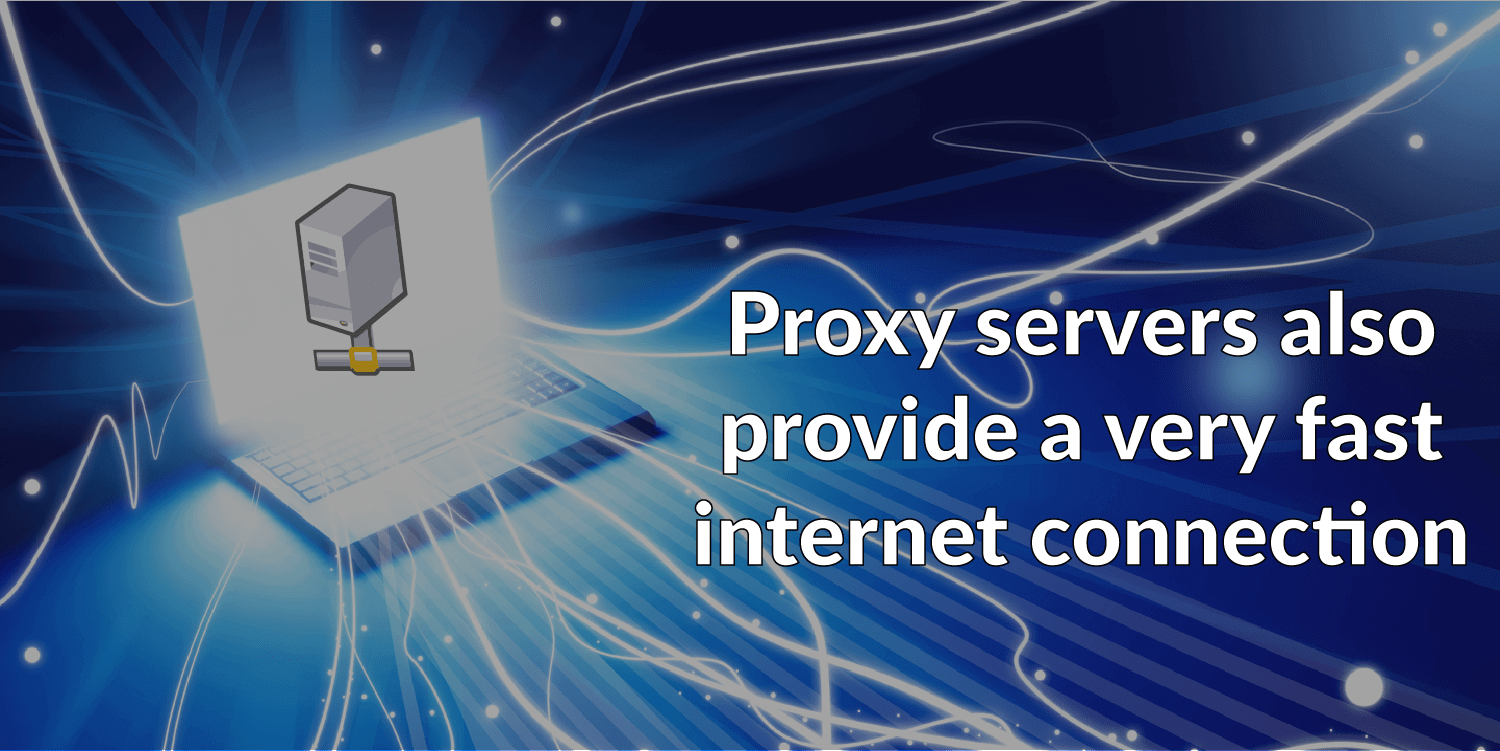 The source server from which the internet connection is being taken has a huge speed to give games the ultimate game play. Some gaming servers provide speed up to 1GBps that will make playing games more exciting.

There are many games which hold competitions or worldwide matches in different countries. Sometimes gamers are unable to participate due to different problems. But using proxy servers you can setup any place in any country as your location and play there. In this way, you can participate in any competition. Also, there are online gamers all around the world and using proxy server a gamer can play with any gamer friend from any part of the world. Often it is seen that normal gaming servers divide gaming zones but Proxy servers will take a gamer to any part of the world even outside his gaming zone.

Proxy servers will not let the gaming server know who is visiting their site and who wants to collect the information from their site. Hence, instead of a normal server or Internet Service Provider if a proxy server is used then the blocked site will allow the user to access the site. 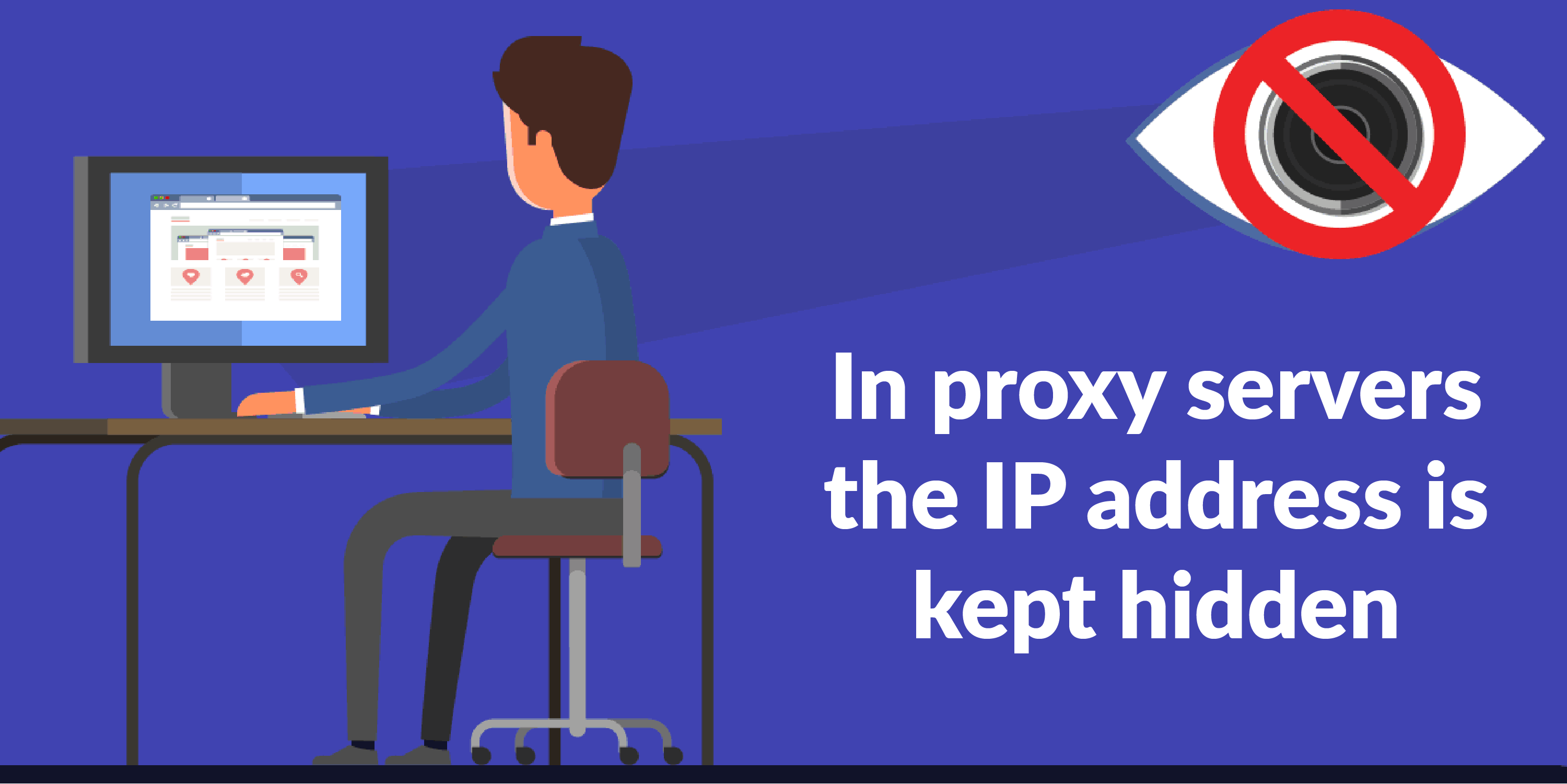 So there will be anonymity provided to the gamer. And no one online will be able to trace the user and hence he will be hidden from other gamers. This provides complete secrecy to the gamer. By being anonymous and hidden one will be safe from any kind of threats online. Cases have been reported in the recent past where IP addresses have been used to track the person and his identity is stolen and even personal information and online accounts have been hacked. Moreover, gamers can also play games in places where play games of accessing such sites are banned.

How to add proxy servers to PS4? 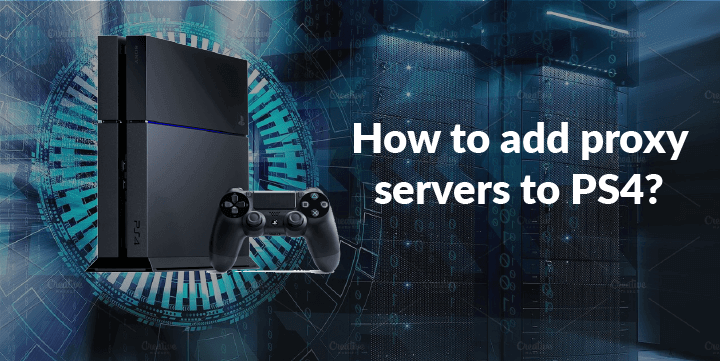 A play station is a video game console first made its appearance in the year of 1994. Its developers are Sony Interactive Entertainment. With development over the years, they have launched Playstation 4 in the year 2013. Playstation Portable or PSP is the first version and then came PS2, PS3 and eventually PS4. Over the years they have developed the graphics, processor, operating system, the controllers and many more. Till 2017 73.6million packages of PS4 have been shipped. The sales are increasing day by day due to the excellent game play, wonderful graphics, and live streaming features and thousands of new games and many more features. Gamers are going to become more professional, more addicted and more experienced.

Though Proxy servers can be used for Play stations but sometimes it can be very problematic to configure the PS4 console for Proxy servers. So it is important to learn the process to configure Proxy servers for PS4. Once users follow these easy steps then there wouldn’t be any problem at all

STEPS TO SET UP PROXY SERVER FOR PS4

1. To set up proxy server users need to find the IP address of the PC or Mobile or Mac device from which the internet connection is being used.

b. Find the IP address on a Mobile Device

c. To find the IP address on MAC Devices

a. Turn on the PS4 console.

b. Then go to the “Settings” menu.

c. Inside the settings menu select the “Network Section”

d. According to the user’s choice select the “Wi-Fi option” or “LAN cable option”.

e. Then go to the custom option.

f. Now make the DHCP host name as “Do Not Specify”. Dynamic Host Configuration Protocol is a protocol of the network management system where the DHCP assigns IP address dynamically along with other network parameters to devices connected to the network.

g. Then set the Domain Name system as automatic.

h. Set the Mtu settings as automatic too.

i. Then a screen will appear to select the proxy server option. Select it as Use option.

k. After entering the IP address and Port number, click on “Next”.

j. At last, test the internet connection and it must be running completely fine.

The process of adding a Proxy server to PS4 is not hard at all provided the service is subscribed from a reputed source like LimeProxies. Needless to say, an ideal service provider would lend supportive hands towards every kind of problem its customer faces. Hence, make a right choice while selecting your proxy service provider and you may not even have to go through the details as to how proxy server has to be set up on PS4.

It could either be because the proxy you are using has a problem or because the router is not able to assign an IP or furthermore can’t even be connected to your Ps4.

How do I set up a proxy server on Ps4?

If this error occurs, it clearly means that the Ps4 being used doesn’t contain the certificate of RootCA who issues the server certificate.

Should I use a proxy server for ps4?

Yes for Ps4 users, using a proxy server can help enhance your gaming experience. With a proxy server, users don’t need to worry about any hindrance in gaming performance since proxy servers eliminate any lags or connection losses.

How do I fix the proxy server on my ps4?

All you need to do is find the IP address on the device you wish to connect it too for instance on your PC, Mac or mobile device. Following the instructions which will guide you towards fixing the proxy server on your Ps4.

How do I find my proxy server address on ps4?

It differs according to the device being used. For instance, in Mac devices, you can find the Proxy server address after choosing the ‘Network Preference’ menu from the ‘System Preferences’.

Proxy server stands between a user and the information from a source it wants to access. Proxy server Ps4 means offering this service to Ps4 users so that the gaming experience continues to function without any connection lags.

How do I fix DNS error on ps4?

Try changing the DNS setting or you can Reset your Ps4. Also, you can try to contact the online support troubleshooter option.

When creating multiple accounts, you need to be careful. Know how to use proxies to manage several social media accounts by using social media proxies. 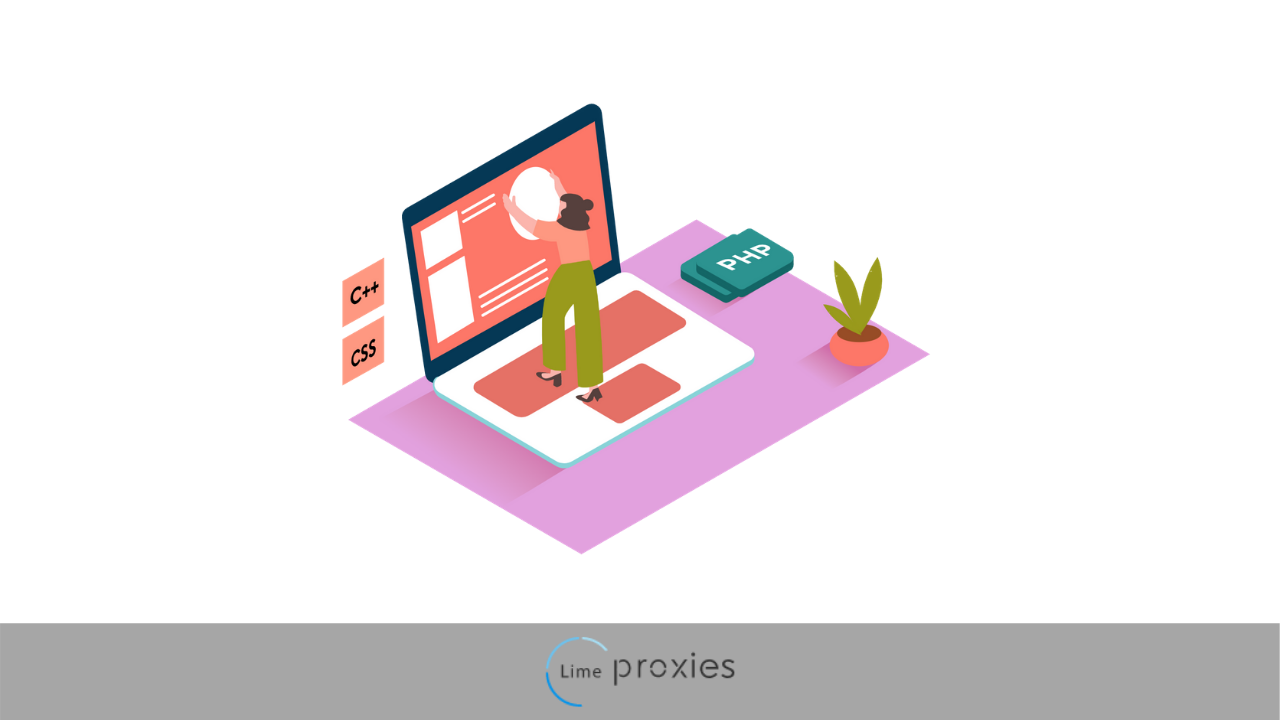 What Is API and Why Should You Use It?

API (Application Programming Interface) serves as a middleman between different software. In this article, learn about APIs, how to use them, and more.