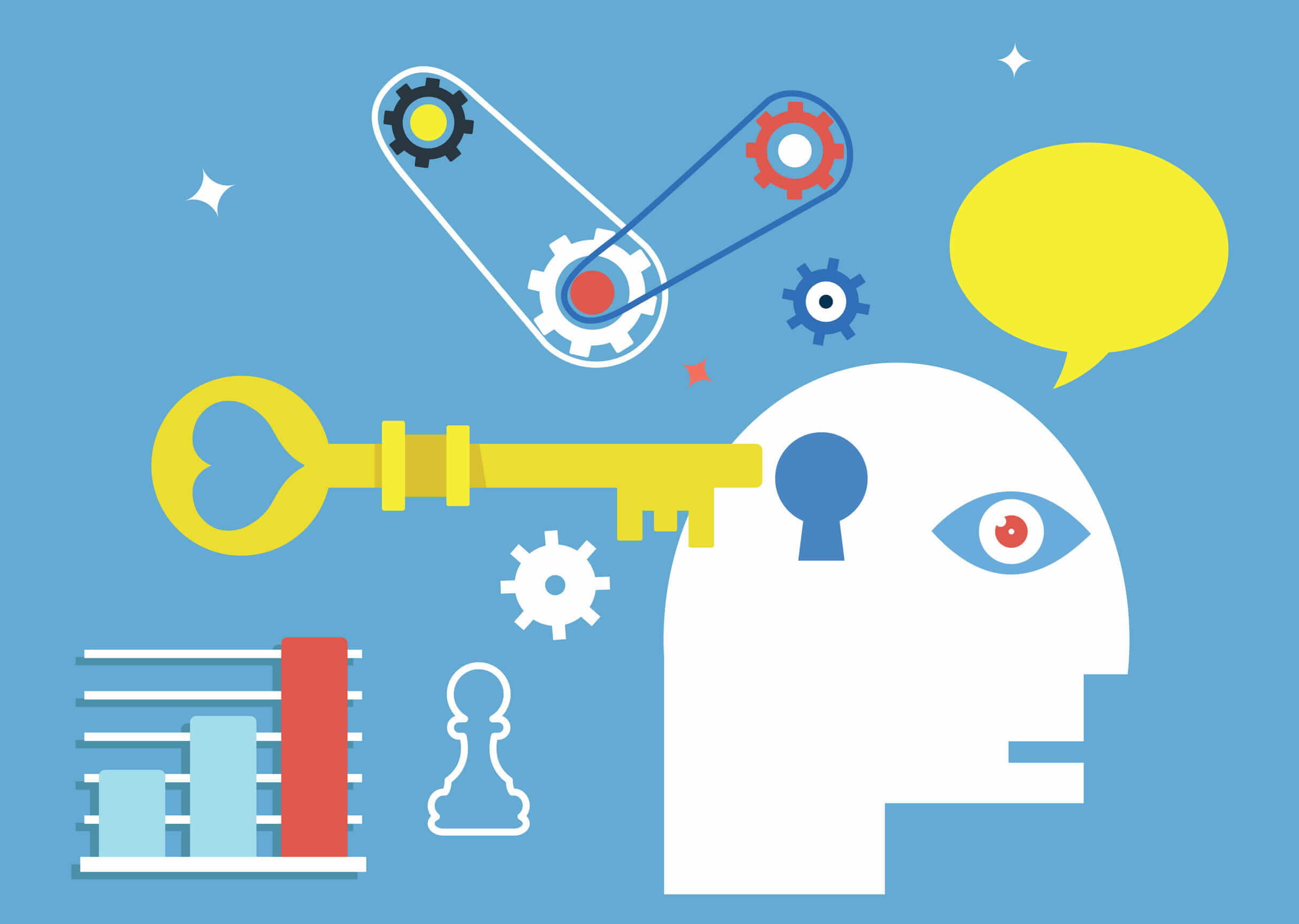 With the recent advent of the smartphone, there is no denying the fact that marketing has been transformed on a grand scale. The explosion of numerous apps and the constant bombardment of advertisements through people’s phones have opened up a world of opportunities for marketers.

However, this is not the only trend that has been going on. Behind the scenes, a very subtle yet incredible marketing trend that is possibly emerging in the world of corporate promotions, is the outburst of what we like to call, gamification.

Some decades ago, playing games was an act associated with childhood and immaturity. Nevertheless, regardless of one’s age, almost everyone you know has probably played a game or two.

This has become even more obvious with game apps such as Angry Birds, Flappy Bird and many others which have virtually glued everyone to their mobile screens for hours. You may realize this wherever you go.

One can see people using their mobile phones in trains, in elevators, in malls, in stores and even in bathrooms. It, therefore, goes without saying that such behaviors have significant implications for those in marketing.

So, let us see how gaming can transform marketing completely.

Foursquare, which is a pioneer in exploiting the opportunity of integrating the concept of gaming rewards into marketing, has brought a real revolution in terms of how customers can be engaged in an instant, at the right place, at the right time.

This has become even easier with the launch of various wearable technologies such as the Apple watch. This is because marketers can now engage with their target audience more intuitively and understand their buying trends more effectively.

Of course, the role of artificial intelligence is something to note here. With complex learning technologies, machines can understand more about our purchasing patterns than we ever could.

As such, using a combination of artificial intelligence, wearable technologies and the concept of gamification, marketing can be made much more effective and profitable in terms of identifying the precise needs of consumers and hence exposing them to the types of products that they are most likely to buy.

An example in perspective

All this talk about wearable technologies and big data must be confusing you. As such, let us take an example that will explain what we mean by gamification of marketing.

Let us say that you have your Apple watch on and that you enter a Starbucks coffee shop. Given that Starbucks has already got an app which analyzes your buying patterns and rewards you accordingly if you buy a certain product, it can easily be launched in your Apple Watch the moment you enter the shop.

Let us take a moment here to understand what do we mean by rewards. As we all know, every game has a system of rewards. Subway surfers reward you with virtual coins and other games have different types of in-game currencies that you are ever more determined to accumulate.

Similarly, the Starbucks app rewards you in certain ways if you buy certain products. This can, however, be extended to other scenarios where you are rewarded in various ways by various providers of products and services.

As such, this is where the concept of gamification comes in. It is a technique whereby marketers can effectively lure a consumer into buying a certain product. In our Starbucks example, the app knows more about your buying patterns than you.

Hence, it can recommend to you certain products that will increase your points and that if you have a certain number of them, you will be eligible for certain discounts and special offers.

For instance, the app can show you in real time how much points you have at present and what you can buy to earn more based on your behavior. That is, if you buy a coffee and sit down, the app knows that whenever you stay in the shop, you are more likely to work online.

Hence, it will immediately suggest buying a snack after a certain period of time, in a way to entice you to get more points and reward yourself for working productively without any breaks in between.

In such a manner, marketers can target the right audience to persuade them to buy the right product using the most relevant statistics regarding the consumer.

Furthermore, the technique has more intrinsic benefits. This is because, in our example, the consumer will feel more valued and engaged. As such, a stronger relationship can be established between the consumer and the company.

Nevertheless, the story does not end here.

As you might already know, geo-location is yet another incredible advancement in technology that lets mobile phones and other smart devices track down exactly where you are at a certain point in time.This can, therefore, be used for precise marketing whereby marketers can promote products and services based on your location. This is sometimes known as proximity marketing.

Essentially, there are various apps that automatically activate once you are near a store or a shop. Technologies such as beacons and NFCs are usually used to carry out such automation. 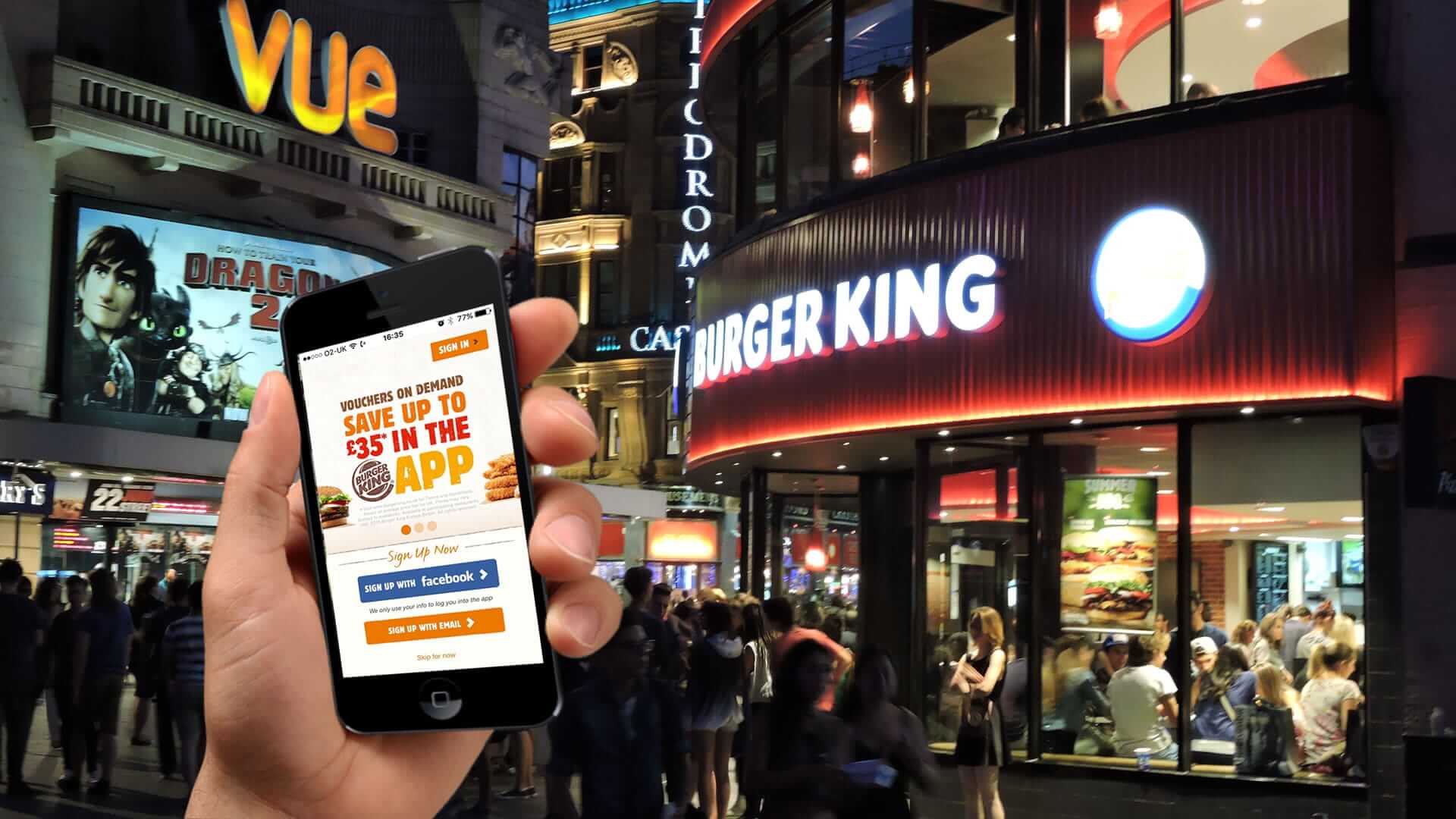 Hence, marketers can use this to notify you regarding a certain special offer just when you are outside a store for which you have an app installed on your phone. To further stimulate your want, they can integrate a system of risk and reward whereby the person who takes advantage of the special offer the quickest gets rewarded the most.

The ideal example to give here is that of Pokemon Go. An augmented-reality game where you hunt for Pokemon in real locations. Companies like Pizza Hut, Domino’s etc., have capitalized on the opportunity by having Pokemon located in their stores so that players can be lured into the shops in hopes of finding a rare one.

The Apple watch is just the beginning. There are a number of other technologies lined up in store such as the Google Glass. This means that gaming holds much more potential and avenues for marketers to take advantage of.

Essentially, the concept of gaming, integrated with wearable technology can be made as to generate revenue from the game itself. That is, a model whereby consumers are charged for upgrading their game can be a real revenue booster.

Such experiences can engage the customer very effectively and produce favorable results. It is also an ideal way to retain old customers as they can be constantly rewarded for being loyal to a brand.

For instance, if you have ever played Grand Theft Auto, you might have noticed the number of billboards placed along the paths while you drive through to your destination. Such form of marketing is indeed effective, given the ever-increasing originality of the gaming universe. 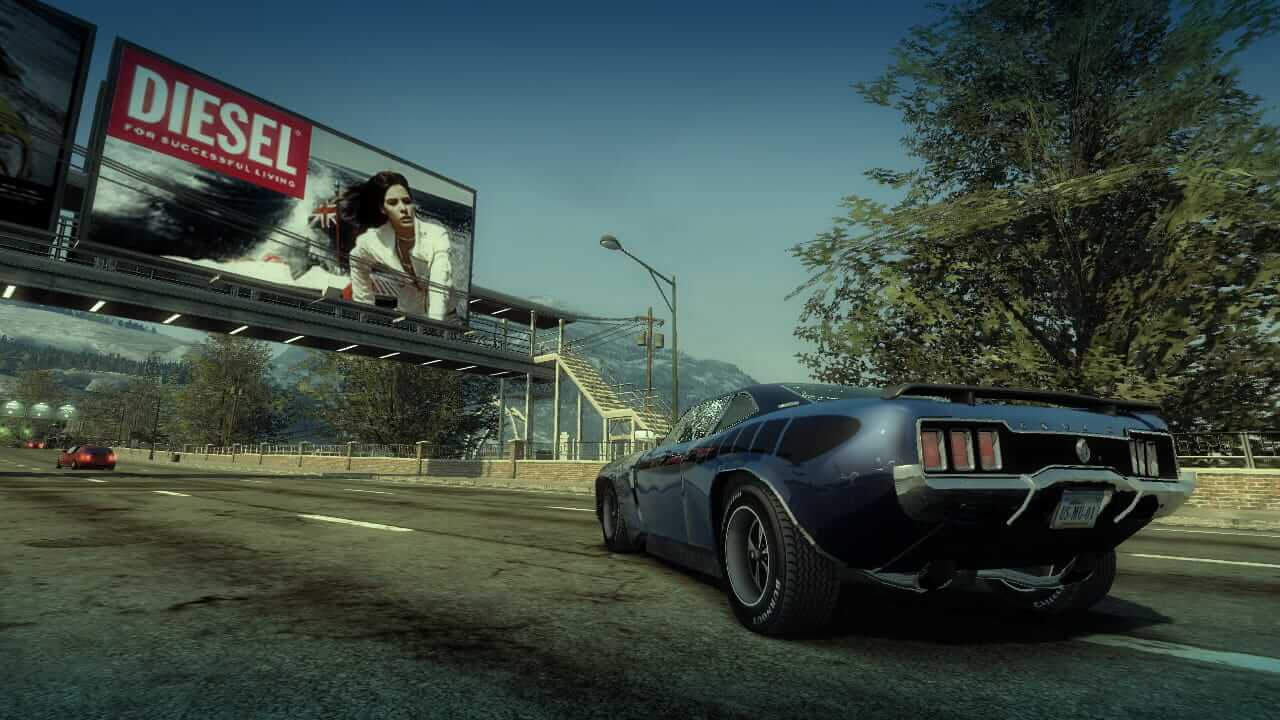 With gadgets like the VR headset, consumers can be made to play in an environment that seems nothing less than real and as such, they can be made to see various advertisements just like they would in the real world.

This not only enhances their gaming experience but also engages them on a much greater level. A perfect example here would be that of racing games where branded cars from Ford, Mitsubishi, and others are available for driving.

As far as mobile gaming is concerned, the improving technology means that smartphone games now have better and more engaging graphics. Hence, in-game advertising in mobile phones is certainly an opportunity for marketers to capitalize upon.

Nevertheless, such a technique is usually within the reach of the big players. Small-to-medium-sized companies cannot afford the high costs associated with this kind of marketing. However, as the trend grows, it is highly likely that the small players will be in the league as well.

We all know how social media has changed our lives. This also applies to marketers who have found tremendous opportunities in social media as a medium. They can now reach millions of consumers within seconds.

It also goes without saying that marketers have realized the power of combining both social media and gaming with marketing so as to increase their reach even further.

That is, going back to our Starbucks example, the player or consumer can be allowed to share his or her rewards on Facebook, Twitter, and other platforms so as to flaunt his/her achievements.

Given how convenient it has become for consumers to interact with others on social media using their smartphones, it is likely that we will see more integration of social media with gamification techniques to market one’s product ever more effectively. 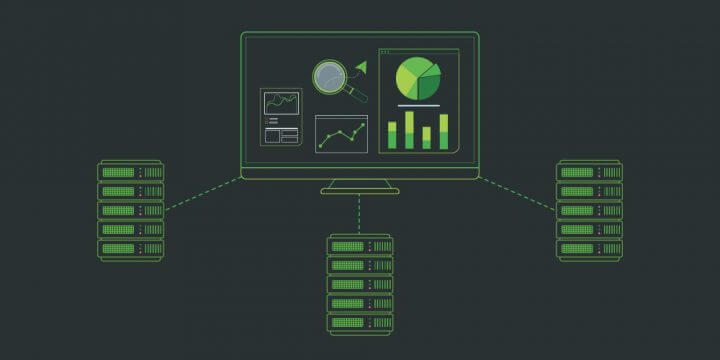 Everything You Need to Know About Private Proxies For Businesses (B2B)

In this blog post, we will be providing a comprehensive rundown on private proxies. Everything You Need to Know About Private Proxies For Businesses 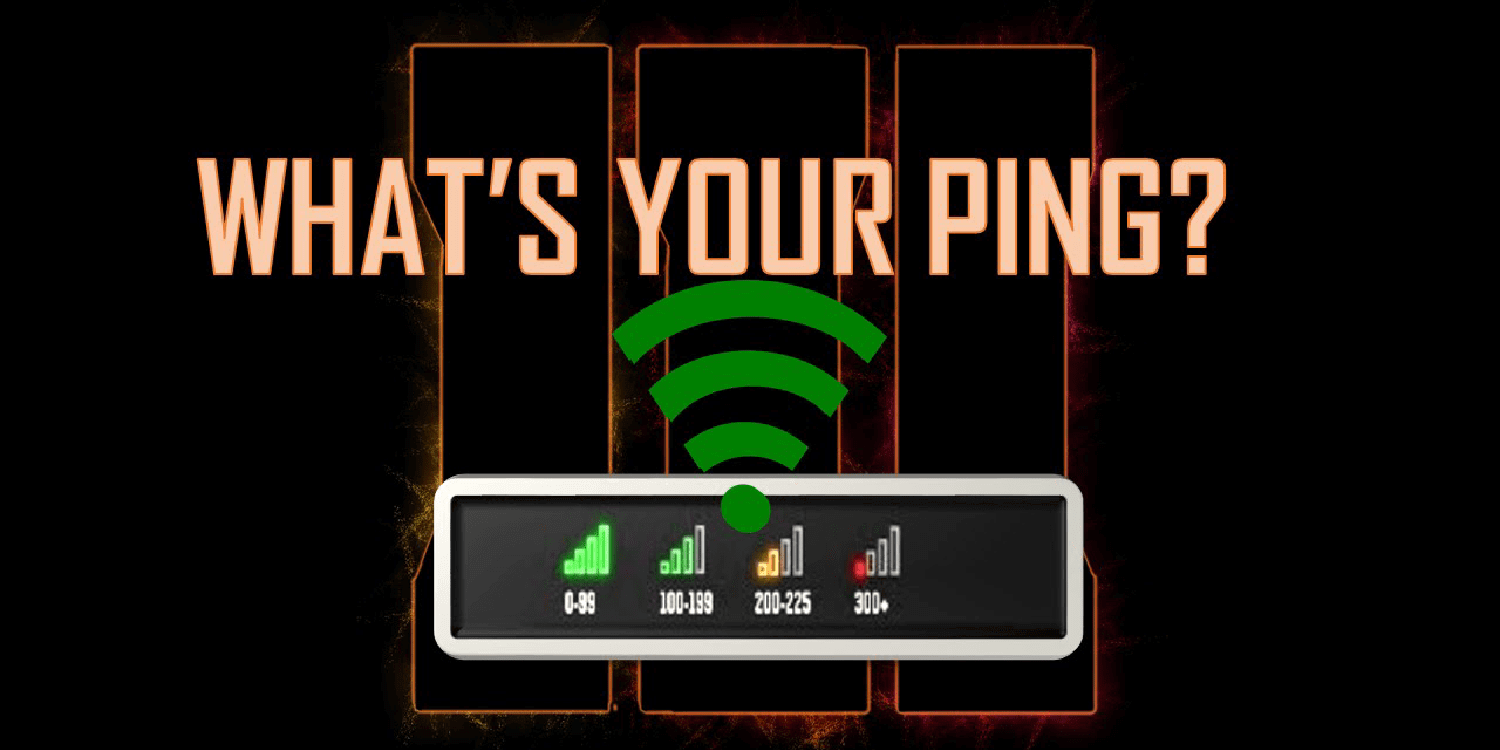 How To Lower Ping in Online Games?

Online gamers frequently complain of interruptions or poor quality gaming experience which results due to a higher ping. Ping is a measurement of network latency between the game server