How to Use Private Proxies and a VPN Simultaneously?

How to Use Private Proxies and a VPN Simultaneously? 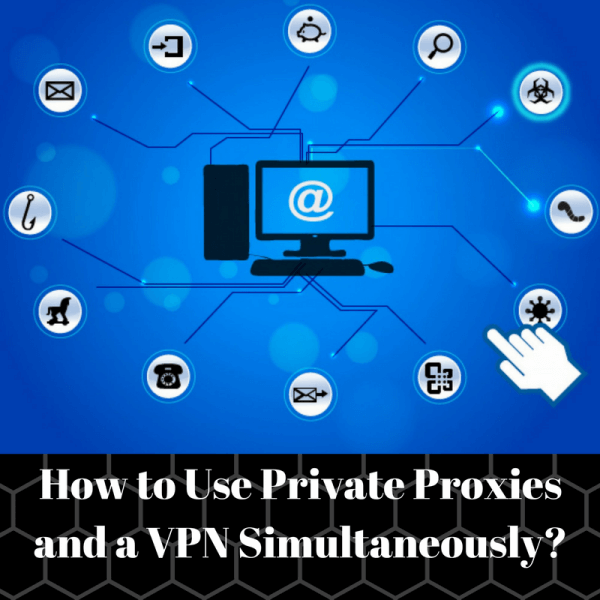 In recent years, VPNs and private proxies used to be linked with black hat practice. Now it has become a common tool for the masses. Developers have been work hard to create interfaces that easy to understand and quick to use as few among this everyday people had the technical understanding to operate these tools. Thus, for those masses, Private proxies have worked, especially for VPNs. It doesn’t mean that people who are actually using VPNs or private proxies have real held on their work.

You might be trolling the web o know about the detailed information on the differences between private proxies and VPNs and how to use both of them in conjunction.

Here in the article, I will briefly explain the similarities and differences between VPNs and private proxies, and then you will able to dive why one might operate both at the same time and how to use both of them in conjunction.

VPNs and Private Proxies: How Are They The Same?

Each similarity between VPNs and Private Proxies has a slight difference. So, any definite answer couldn’t be drawn between their similarities. Users of technology generally want a great degree of functionality and thus, developed each of these methods to achieve those specific functions.

The main purpose of developing VPNs and private proxies is to hide your IP address from snooping eyes, adjust your geo-location, and browse the web secretly.

This is done by users by opening a secondary receiving point for your internet access. The VPN or proxy receives the request, processes it, and then send it out. It also sends the information back to you in the same way. The request was not actually sent by you, and thus, proxies and VPNs are touted as security features.

Each service provided by Private Proxies and VPNs has paid and free options. You will open yourself up to malware, questionable contracts, and a slower connection if you will go on free route. If you are running a business and you need the services to crunch the numbers or you are getting it for personal purposes like entertainment subscription, i.e. Netflix or Amazon Prime- you definitely need to make the investment for proxies a real step.

Though each method has its own specific uses, both private proxies and VPNs are very versatile. They can be tweaked multiple numbers of times to perform various purposes, fulfilling roles for many different practices like tormenting, **scraping **data and running marketing campaigns where secrecy is needed.

With all this versatility, only the difference between VPNs and private proxies make them more specific to different categories of users. This difference only allows it to be used simultaneously by the users at certain scenarios.

It is important to understand the difference between Private Proxies and VPN. They can be differentiated in many ways which are why both services are used by specific users.

One IP vs. many IPs

The major variance between proxies and VPNs is the number of IPs you’re buying.

You generally pay for one or more IP address that you can access with proxies. Private proxies often come in batches of 5, 10, 25, 50, and 100 and up, and that sum exactly corresponds to an IP address.

VPNs are the exact opposite to private proxies. VPN service generally gives you just one IP address and this IP address can also change sometimes on request.

This is the main difference and is the genesis for many other differences. It is the difference which is why using both VPNs and proxies is helpful in certain situations.

Browser Traffic vs. All Traffic

Another difference between VPNs and private proxies is the type of traffic they’re able to receive and send.

Proxies were designed to work only with browser-based traffic. It concludes that Chrome, Firefox and the like all operates with standard HTTP and HTTPS proxies.

Browser-based traffic is what all users look for and thus, is very important and little limiting.

On the other hand, VPNs works for all your internet traffic. Internet traffic includes traffic from software applications on your computer, your internet browsers and more. Also, VPNs can obtain the data from every part of your personal computer and send it back to you.

Another major difference between proxies and VPNs is between their anonymity and security. Please note that anonymity does not imply security.

Proxies provide anonymity. They hide our IP address and help us get huge batches of IP addresses to keep ourselves anonymous continually. We can also rotate them out to keep them away from being traced. This actually hides our IP address.

This anonymity isn’t totally safe and secure. The data transferred between your browser and the internet is not encrypted. Therefore, it can be looked by anyone who could be a hacker or the NSA.

Proxies are generally enough to keep the digital hounds off your back but in the case of sensitive acts in which information should really don’t disclose to the public, use VPNs.

This is due to the singular, impenetrable tunnel created when you open the VPN connection. Thus, all your data is safe.

VPNs are comparatively more secure than proxies. The connection process of VPNs is based on different technology which concludes that the connection you make to the VPN and what VPN makes to the internet, is encrypted. This is because of the singular, impenetrable tunnel made when VPN connection is opened. Thus, VPN keeps your data safe. However, VPN itself can read your data as it has to decrypt it to send it back to you.

The purpose of using VPN and multiple private proxies is hopefully becoming clear through these differences.

Different actions could be performed with each service. A person who downloads a lot of questionable material utilizes scrapers and dabbles in the deep world of internet usage will probably require both VPN and multiple private proxies.

Turning Everything On and Off

It is not necessary to use VPN or private proxy once you have paid for it. Both the services have on and off switched.

You typically need to enter into your browser settings, computer network settings, or a third-party application like Scrape Box to use private proxies. You can disable the use of proxies at any time. Once you do that, your browsing will be from your own ISP IP.

VPNs are bundled together with software. You just need to download the software, sign up with your login information, and run the VPN service from that application. A large on/off switch is present in the VPN and many more specific settings are available for how and when you want the service to run.

A different kind of purpose is suitable for each platform. Make sure your VPN is turned on and rolling before opening uTorrent. Your all information is kept safe and secure in this way. Do not use VPN while creating tons of email accounts or spamming comments for your new blog. Instead, use private proxies as a separate IP address is required for those creations and comments.

Also, the final option available is turning on both your private proxies and VPN simultaneously.

It will increase the overall security of online actions. But at the same time, it will slow down the speed of connections because a lot of time is taken for protocols and encryption. Some VPN services sell proxies with their platform, and in the case, it’s easy to use both, and there are instructions or help desks you can reach out to. If you have proxies that are separate from a VPN, you can still use both.

It is easy to use both services simultaneously where VPN services sell proxies with their platform. It is most common when you are using an application like Scrape Box. In this case, you need to turn on your VPN, set up scrape box with all your proxies and start running your operations. If your proxy proves out to be bad and is traced back to you, the application instead of showing your IP address will show VPN’s IP address.

The scenario may change depending on the actions being performed, but it will be always added with the extra layer of security. Look into creating a Proxy Chain if you are really concerned about privacy and process of linking proxies and VPNs. Proxy Chain will allow you to structure the routes that these packets of information go through.

You might run both private proxies and VPNs at the same time for increased protection unless it is not a streaming video or something that require speedy connections. It all depends on whether or not you can afford them. If you can, go for it.

VPNs and Private Proxies: How are they same

VPNs and Private proxies are the same because both of them serve the same functionality which is conducting secure online activities. Both of them have a minute difference but they serve a similar purpose.

What is a VPN?

What are Proxy Servers?

The steps to do it are, you can turn off anything you are not using. If you are using VPN you can just log in, if you are using proxies you can switch it on. Nonetheless, security is intact, no matter which you choose to function with.

Do you need a proxy if you have a VPN?

You can function with both simultaneously as they serve similar purposes.

What are VPN proxy settings?

For VPN, click the ‘Start’ option on your screen. Head to the search bar and type ‘VPN’. Choose the choice which says, ‘Set up VPN’. Once completed, enter the domain name/ IP address of the server you wish to connect. For Proxy, Go to ‘Settings’ and click on the ‘Network and Internet’ option. Choose ‘proxy’ and in the ‘Manual Proxy setup’ switch on the option for ‘Use a proxy’. Enter the IP address in the address section, Enter the Port in the ‘Port’ section. Finally, click ‘Save’ and move out

No, Tor is not a VPN. Tor uses different technologies to safeguard users. It doesn’t use the measures that a VPN uses.

What is the best free proxy server?

Which is the best VPN or proxy?

A proxy server would be most preferred because VPNs have a few drawbacks which make it difficult for users to invest in them. 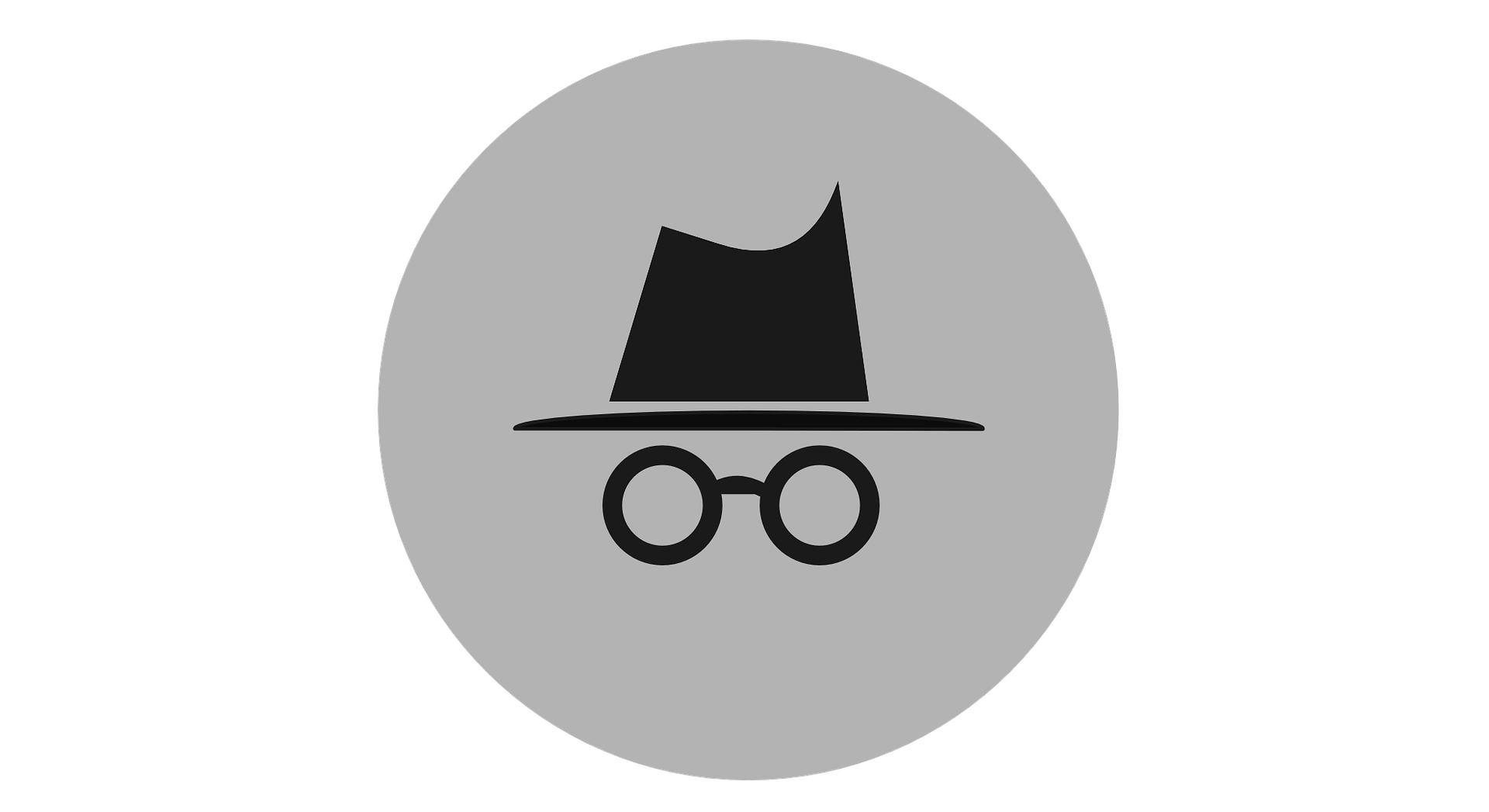 What are the features of Incognito mode?

Browsers these days come with the incognito mode that is promoted for users to browse privately. This feature is called Private Browsing under Mozilla Firefox, however, this shouldn’t delude you to believe that your private browsing is held at most rectitude. 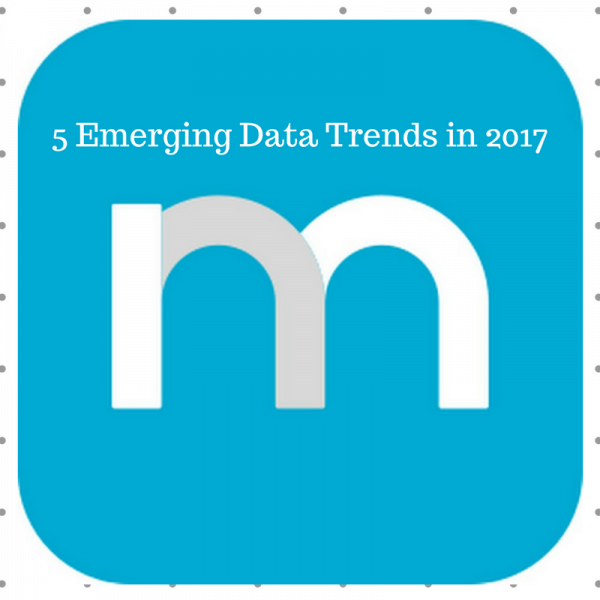 Which are the 5 Emerging Data Trends to Watch for in 2017 and How Mozenda Can Help?

If we think of the year of 2016 we can say it was pretty memorable concerning the world of data. Not only could we observe technical developments.

PrevWhich are the 5 Emerging Data Trends to Watch for in 2017 and How Mozenda Can Help?
NextHow to Unblock YouTube With One Easy Step?